A computer from scratch - Fish and chips

In the first installment of "A computer from scratch", I've built a NAND gate. I've also introduced the my "scaling" rule: if I build something, I can buy it pre-made, because I only have one lifetime to spend on this :-)

Therefore. I've bought a bunch of 4011 CMOS NAND gates, here they are: 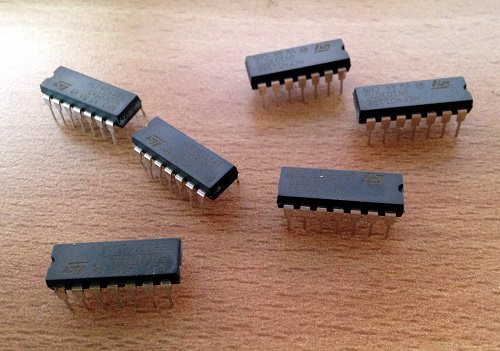 And here's what they do: 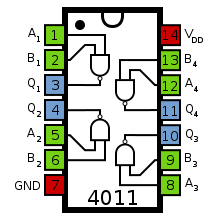 With this in mind, and with the diagrams in my second installment, I proceeded with building NOT, AND and OR gates. Of course this wasn't without confusion and questions, but fortunately I could count on the help of the Electronics Stack Exchange community when I got stuck.

Here's what I built. Honestly, after getting stuck on where to put my resistors, all the builds were super easy.

A NOT gate is built by short-circuiting the inputs of a NAND. The circuit is very simple, it connects a button to pins A3 and B3, and connects the output Q3 to a LED. 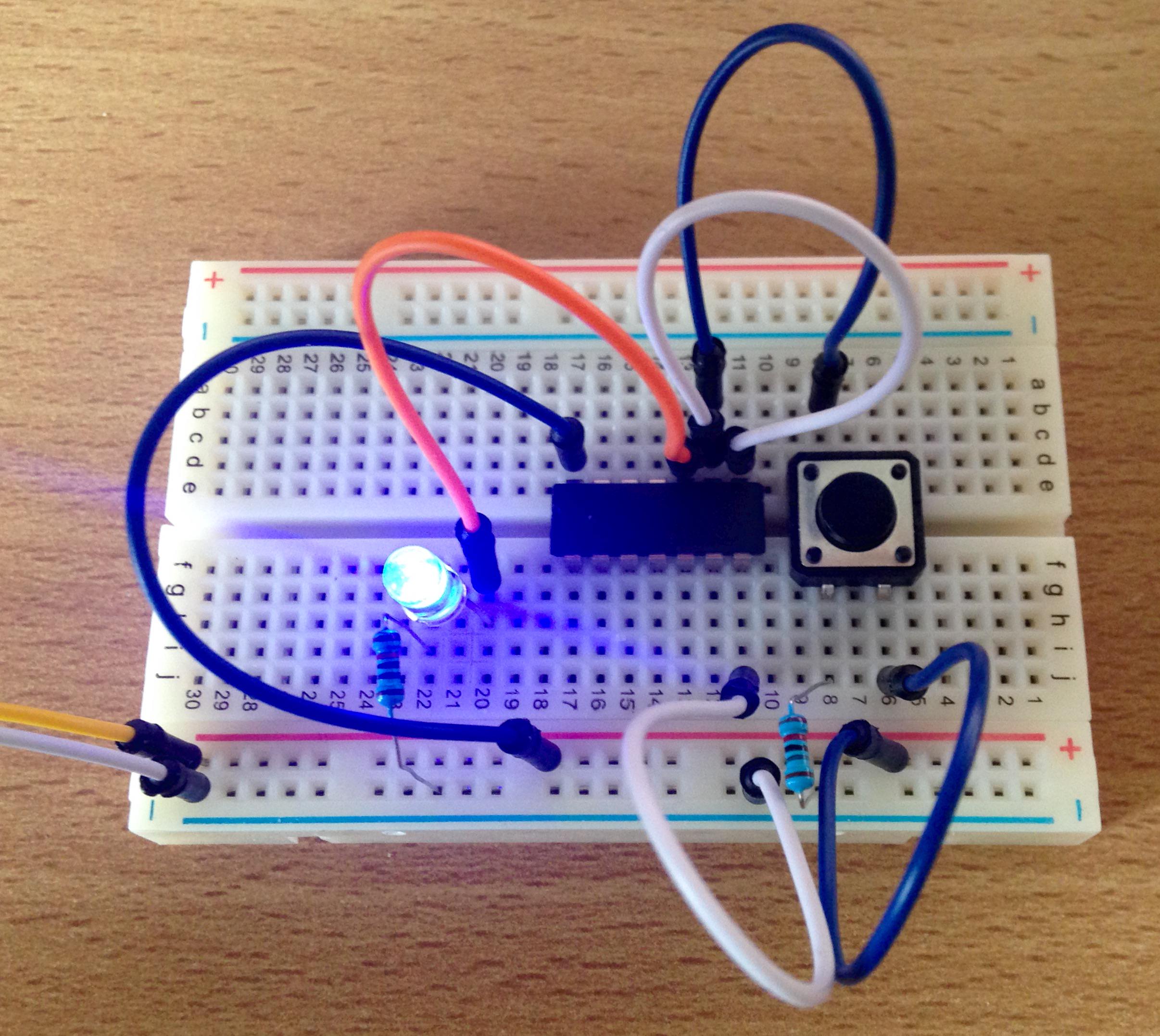 An AND gate is built by taking the result of a NAND and inverting it through a NOT. The circuit is also simple, it connects a button to pins A2 and another to B2, and connects the output Q2 to the previous NOT gate at A3/B3. 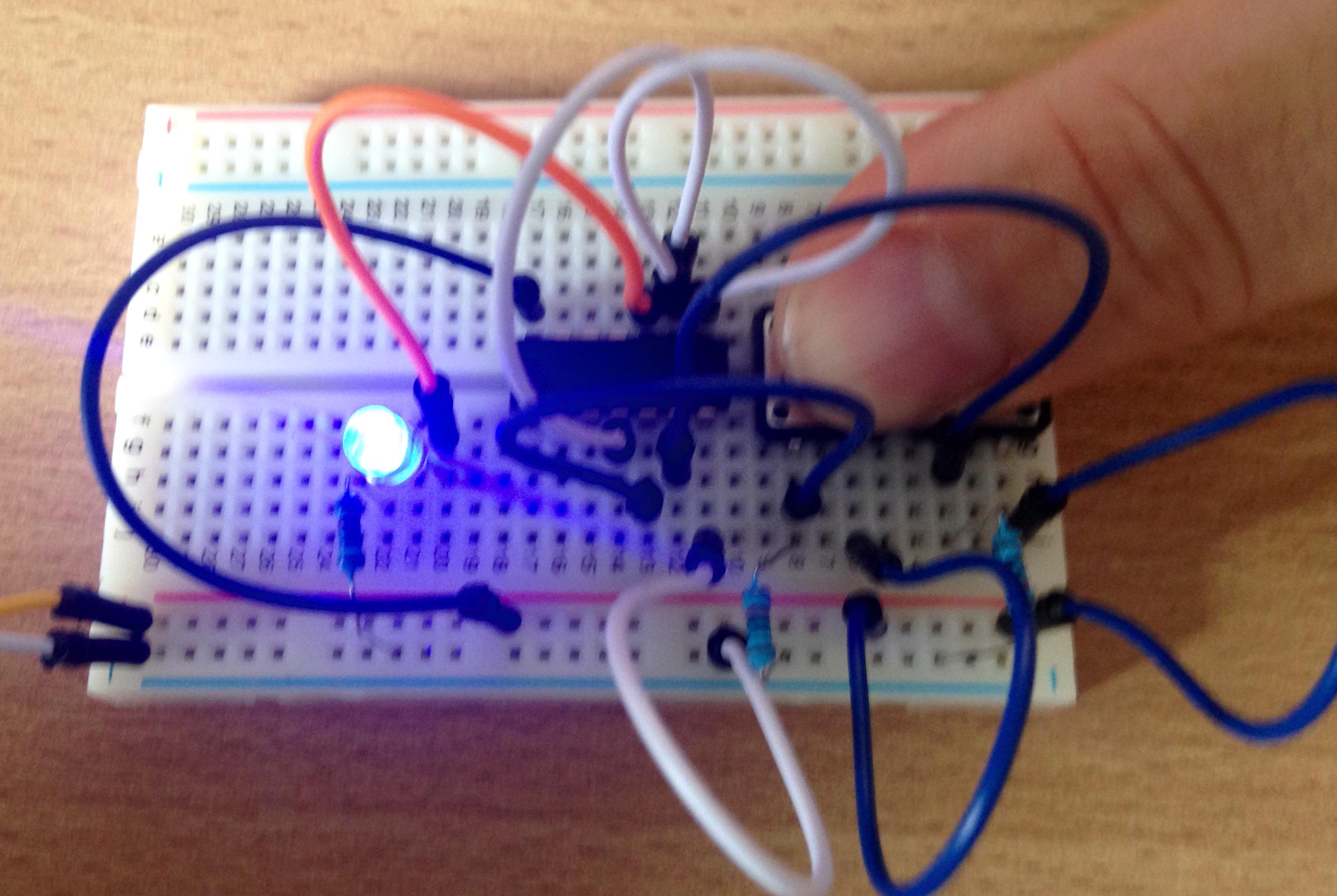 An OR gate is built by negating both inputs and passing them throug a NAND. The circuit thus requires three NANDS. It connects a button to pins A2/B2 creating a NOT gate, and another button to A1/B1, creating another NOT. It then connects the two outputs Q1 and Q2 to A3 and B3 respectively. Q3 is connected to the LED as before 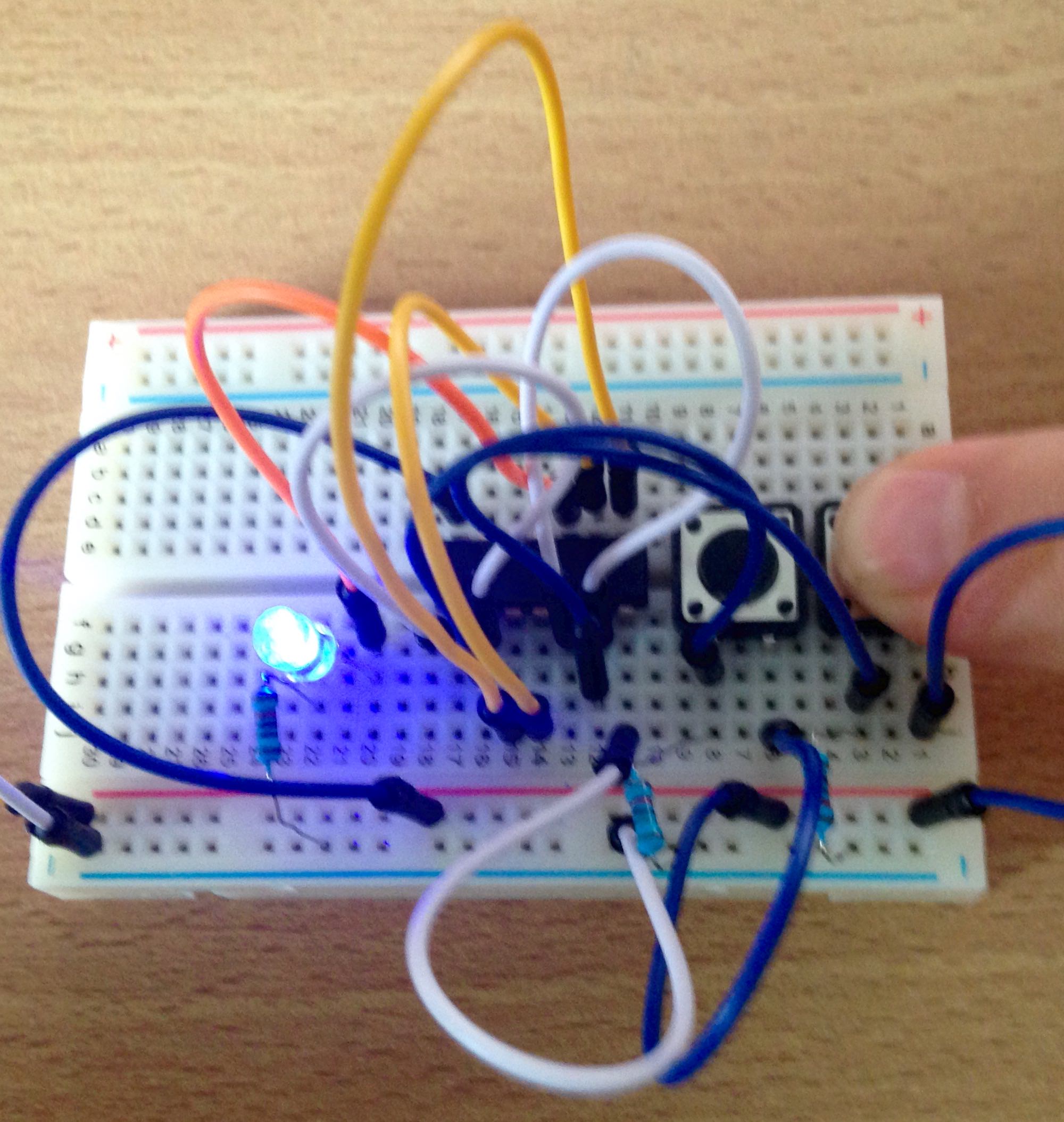 In the next steps I'd like to try and build XORs, half adders and full adders. I'd also like to build some testing script via Arduino, although I'm not sure I can pull it off.