I’m Marco Cecconi. I live in Trento, Italy with my wife Michela and my son Yuri where I work from my bat-cave. I fell in love with programming on a ZX Spectrum 48K in the 80’s, where I wrote games because I could not afford to have all I wanted. I then fell in love with the PC, with modems and BBSs and low level programming -- I still have some demos and a copy of SoftICE somewhere, along with some really early Slackware.

I consider myself a developer with both wide and deep interests in the craft. I am particularly intrigued by trying to understand what it takes to build large-scale server applications and how to merge my interest for low level stuff with my interest for large systems.

I write about software development, coding, architecture and team leadership. I also speak at conferences worldwide.

The views expressed on this blog are my own and not my employer’s, ‘mkay?

It’s meant to be unpronounceable. Back in the day, playing Ultima, I thought it would be funny to have all the NPCs have speech bubbles with an unpronounceable word in them. 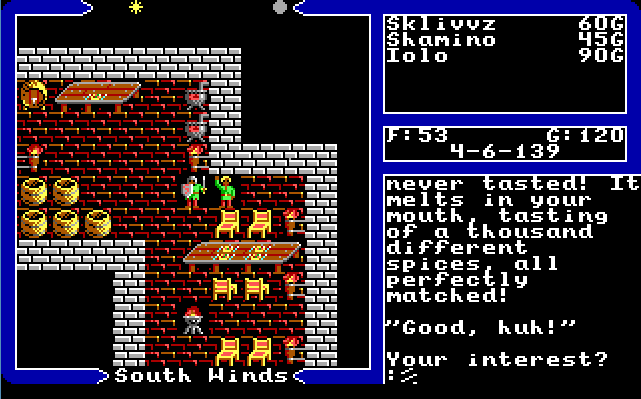 A lot of people had a handle at the start up I worked for, so the nick stuck and I’ve been using it ever since. People pronounce it sklees, skleeoos or sklywiz. I sincerely try to avoid the matter, but then I think about the speech bubbles and decide to keep using it for a little longer.

Random unusual things about me

I used to play guitar in a heavy metal band and my wife was the lead singer!

I lived in Singapore without my family for two years when I was 17. I went to a United World College, trying to make a world without wars.

I once burned a rather large lawn with a failed toy chemistry set experiment.